Gov. John Kasich’s all-in on New Hampshire strategy seems to be paying off as his campaign for the White House enters the 2016 calendar year.  A Monmouth Poll last week put Gov. Kasich in second place in the Granite State. These numbers have admitted Gov. Kasich to the narrowed stage of 7 candidates that have qualified for tonight’s Fox Business Network’s prime time debate while other candidates such as Carly Fiorina and Rand Paul (declined invitation) are relegated to the earlier debate. 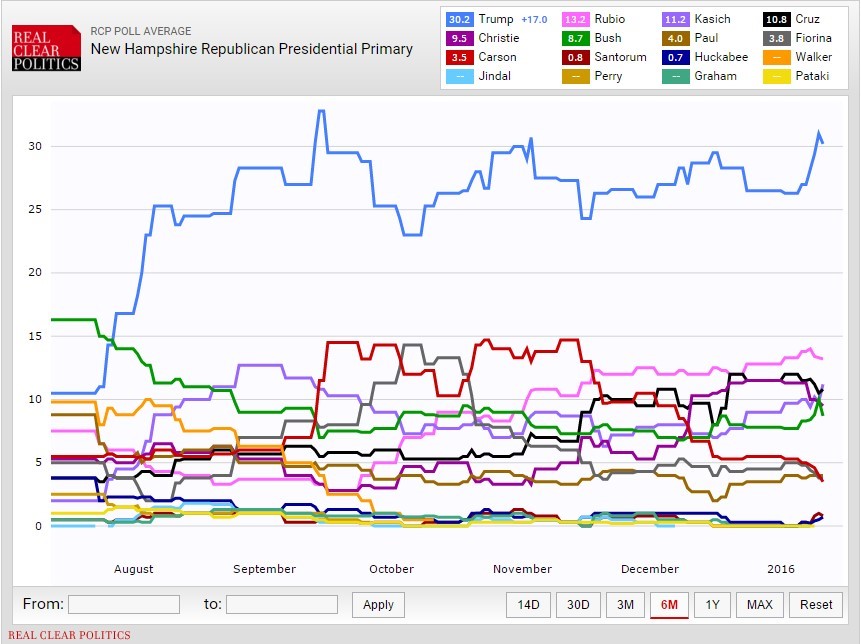 Tonight’s debate gives Gov. Kasich the opportunity to build upon his early 2016 polling gains. With a smaller group of candidates on the stage, Kasich has the opportunity set his tone as the most qualified candidate to guide the United States during unsure times both domestically and abroad. Conversely, Kasich will likely fend off attacks from his political rivals over his support for Medicaid expansion as well as his time as an investment banker at Lehman Brothers during the financial recession last decade.

The Iowa Caucuses will be held at the beginning of next month on February 1st. Gov. Kasich failed to gain traction in Iowa and has dedicated few resources to that state. The New Hampshire Primary follows the next week on February 9th. Gov. Kasich, banking on the New Hampshire Primary stated, “Either were going to come out in New Hampshire where we have a legitimate chance in moving forward or we’re not going to prolong it. I’m very positive about what’s going to happen up there. We’re looking good.”