Last week, our Public Affairs committee met here at Ohio Chamber headquarters for one of our regularly scheduled meetings. At the meeting there were five candidates that are currently running for open seats in the Ohio House of Representatives. Below are some photos from the event and short bios on the attendees. 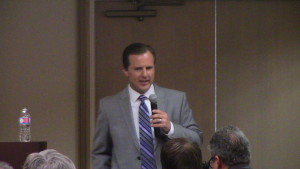 Rick Carfagna is a candidate for the 68th House District that covers the eastern half of Delaware and all of Knox County. Rick is running to replace term-limited Rep. Margaret Ann Ruhl. Rick began his career in public service as a fellow for the Legislative Service Commission in Columbus. In 2002, Rick accepted the position of government relations manager for Time Warner Cable.  At Time Warner, Rick oversees legislative and regulatory issues at the local, state, and federal levels. He also has been an elected official on the local level serving as Genoa Township Trustee in Delaware County. Rick was endorsed in the primary by OCCPAC and won a tough five-way primary for the nomination. 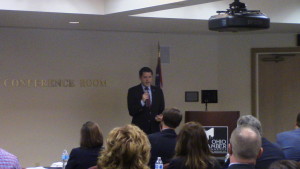 Wes Goodman is from Cardington, OH in Morrow County. Wes is a candidate for the 87th House District that is made up of Morrow, Crawford, Wyandot, Marion, and Seneca Counties. He is running to replace term-limited State Rep. Jeff McClain. Wes has never held office before and defeated two veteran politicians in his primary bid. 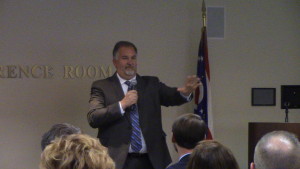 Darrell Kick is the Republican candidate in the 70th House District which includes all of Ashland County and portions of Medina and Holmes County as well. Darrell currently serves as district director to Bob Gibbs. He won a three-way primary for the nomination. 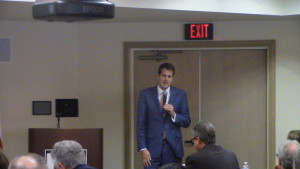 Derek Merrin is a former Waterville Mayor. Derek is seeking to replace fellow Republican Barbara Sears who is leaving the seat due to term-limits. The district which is the 47th, encompasses parts of Lucas and Fulton Counties. He won a three-way primary for the nomination as well. 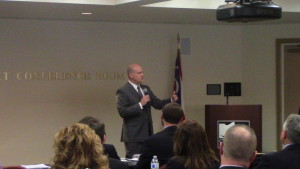