Though the 132nd General Assembly officially convened back on January 3, the real action begins next week. More specifically, Gov. John Kasich is expected to roll out his proposed two-year state budget plan this afternoon at 1pm.

The governor’s budget is the jumping-off point for every two-year legislative session. The Ohio Chamber is anxiously awaiting details of the governor’s proposal, particularly in the area of taxes. Will he again push for more cuts in personal income tax rates, like he has ever since he first took office six years ago? If so, how will he propose to pay for more tax cuts?

One tax change we already know for sure he wants is an increase in the “severance” tax, which is the tax imposed on the removal of nonrenewable resources such as oil and natural gas. The governor has previously characterized the current tax rate as “a big fat joke”. It will be his fourth attempt to raise this tax, with all three previous efforts having been rejected by the state legislature. 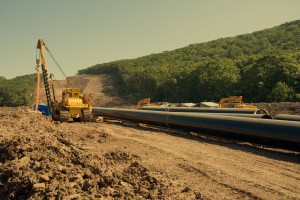 In his last two budgets, the governor has also proposed to pay for personal income tax cuts with various combinations of new or increased taxes that would fall largely on the shoulders of Ohio employers. Will these be elements of this year’s proposal? We hope not, of course, but even if they are, employers may not need to despair. Not only can you count on the Ohio Chamber to sound the alarm bell about how shifting the tax burden from one group of taxpayers to another would make Ohio a less competitive place to do business, but earlier this week Speaker of the House Cliff Rosenberger declared that there will be no tax shifting, no increase in the commercial activities tax (CAT) and no severance tax hike in the budget.

Any debate over tax reform that occurs will take place in the context of crafting a budget that promises to be the most challenging since Gov. Kasich’s initial budget in 2011. Then, the state was staring down a budget shortfall of nearly $8 billion.

While the challenges this time aren’t as acute, they are still problematic. The governor himself has said Ohio is “on the verge of a recession”, and current fiscal year revenue collections are coming in under projections.

On top of these troubling trends and general economic concerns, the state starts out behind the eight ball in another significant way: a sales tax Ohio has levied since 2009 on services purchased by Medicaid managed care programs was deemed not permissible under federal guidelines. So the state will have to devise another tax policy that is – or cut spending. This sales tax generates $1.1 billion in state tax revenue and nearly $400 in piggyback county tax receipts – in other words, a roughly $1.5 billion shortfall over the two-year budget period.

This budget will also be Gov. Kasich’s last, as he’s nearing the end of his final term as governor. His legacy will no doubt, in part at least, be about his innovative leadership and the many bold ideas he has championed to help turn our state around. And we don’t expect this budget to be any different as far as it including new, inventive plans. In fact, the governor recently said, “You know how they talk about lame duck? They never met me.” We look forward to learning just where he will go next to push the reform envelope in other areas besides state tax policy. Will it be workforce development? Will it be municipal income taxes? It won’t be long before we can know for certain and can stop speculating. 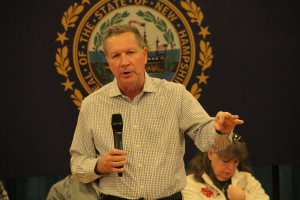 Also expected this week is an announcement of the Senate and House committee rosters, so we will finally know which lawmakers will be handling which issues. Soon after, though perhaps not as soon as this week, is the release of the House Republicans’ “Buckeye Pathway” plan, which will lay out their vision for building a more competitive Ohio.

New committees, a new budget, other new ideas. Almost time to get started making sure the legislature doesn’t stray from its main priority of making Ohio a better place in which to do business!