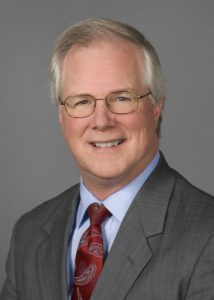 r one of our own. Daniel J. Navin was named the newest member of the 2018 Ohio State and Local Tax Hall of Fame. His entrance was for his significant contributions on behalf of Ohio’s business community through his excellent work on state and local tax policy during over 25 years of distinguished service at the Ohio Chamber of Commerce.

He was a significant contributor to the most important reforms of Ohio’s tax structure, including the repeal of the corporation franchise tax, elimination of the tangible personal property tax on machinery & equipment, and elimination of the estate tax. Throughout his career, he was also an ardent advocate for enacting common-sense reforms to Ohio’s municipal income tax system.

Dan is currently enjoying retirement in Panama City and traveling the world with his wife Diane. Dan’s legacy of honesty, effectiveness and humility will always be a great example for us all.